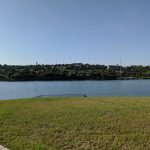 July 9, 2022 – Texas rice farmers and the Texas economy are beginning to face the very real consequences of the continuing Texas drought. The recent announcement that the LCRA would not be releasing any water from the Highland Lakes for the second growing season for interruptible water customers should cause loud alarm bells to ring around the state. Even though theoretically this decision only affects operations in the Gulf Coast, Lakeside and Pierce Ranch agricultural operations in Colorado, Wharton, and Matagorda counties the potential loss of production will affect all of us.

Migrating waterfowl and shorebirds use Texas rice fields for both habitat and forage. In a state with a decreasing amount of non-developed land these fields are a valuable asset. One area that is often overlooked is how reducing the areas that migrating waterflow can use for temporary habitat, can cripple the waterfowl hunting seasons. While there are those who would like to see all hunting outlawed, the reality is that controlled hunting for waterfowl is not used  for sport but for food. Hunting also is a large contributor to the economy, with the taxes and fees paid by hunters serving to fund conservation efforts and keep local often rural communities afloat.

Texans must realize that the drought is nothing to be cavalier about. It is serious and the long-term climate outlook does not bode well for future rain. For more information, or to keep abreast of the Texas drought, you can download out Water Project from the Google Play Store.