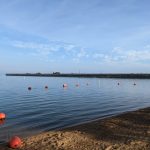 AUSTIN, Texas – Courtesy LCRA – As severe drought grips Central Texas and much of the state, the Lower Colorado River Authority has determined no Highland Lakes water will be available for the second growing season for LCRA agricultural customers in the lower Colorado River basin this year under requirements in the state-approved Water Management Plan.The determination affects LCRA interruptible water customers in the Gulf Coast, Lakeside and Pierce Ranch agricultural operations in Colorado, Wharton and Matagorda counties. The Water Management Plan, which was approved by the Texas Commission on Environmental Quality, requires LCRA to cut off water from the Highland Lakes to interruptible customers during conditions such as the current drought so water supplies will continue to be available to cities, businesses and industries.“This is a serious drought,” said John Hofmann, LCRA executive vice president of Water. “The majority of the Hill Country has only received between 5 and 10 inches of rain since October, well below average, and the amount of water flowing into the Highland Lakes from January through June is the lowest on record for that six-month period.”According to the U.S. Drought Monitor, all of the Hill Country watershed that feeds the Highland Lakes is considered to be in extreme drought.Based on declining lake levels and the water cutoff to interruptible customers, LCRA now has entered drought response Stage 1 under its Firm Customer Drought Contingency Plan and is requesting firm customers such as municipalities and industries to voluntarily reduce their water use by 5%. Each firm customer has its own drought contingency plan that will determine whether to impose additional restrictions on end users such as residences and businesses.“We have plenty of drinking water supplies available in the Highland Lakes, but we need to start tapping the brakes on water use because we don’t know when this drought will end,” Hofmann said. “Last week’s scattered showers were welcome, but weren’t enough to do much good in terms of water supply. We have been extremely hot and dry since late last year, which means evaporation is up and customers are using more water. Those factors, combined with the scarce amount of water flowing into the Highland Lakes since last fall, have caused lake levels to drop.’’Even with these drought response actions, levels in lakes Buchanan and Travis, the two water supply reservoirs in the Highland Lakes, are expected to continue to decline throughout the summer. The lakes were designed to fluctuate by capturing water during rainy times and holding it for use during drier times such as these.LCRA provides water to firm and interruptible water customers. Firm customers are entities such as cities, municipal utility districts, businesses and power plants that purchase water that will be available even during a repeat of the worst drought this region has seen. Interruptible customers are agricultural customers in the lower basin that purchase water that will be cut back or cut off during droughts.LCRA determines the amount of water available for interruptible customers on July 1 for the second growing season, which typically is from August to mid-October, based on three factors: combined storage in lakes Buchanan and Travis, and the duration and intensity of the drought. On July 1, the combined storage of lakes Buchanan and Travis was 1.278 million acre-feet, it has been more than 18 months since the lakes were last full, and the cumulative inflows are below the inflow intensity test in the Water Management Plan. Given those factors, the water supply condition has changed to Extraordinary Drought as defined in the plan.While the plan limits the amount of interruptible water available from the Highland Lakes at all times, this marks the first time water available for interruptible customers has been cut off under the most recent update to the plan, which went into effect in 2020. LCRA curtailed the amount of water from the lakes available during the second growing season in 2018 and cut off water from the lakes for interruptible customers in 2012 through 2015.LCRA will continue to provide water from the first season allocation for interruptible customers finishing up their first crop of the year.“This is how the Water Management Plan was designed to work,” Hofmann said. “It allows LCRA to react quickly to changing conditions. In the past, we determined water availability at the beginning of the year that applied to both growing seasons. Now we make the determination for the second growing in the middle of the year, closer to the start of the second season. This approach better protects water supplies for cities and industries.”