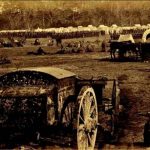 By Michael Wilson – One pressing issue that Texas rural communities face is a lack of access quality health care.  When it comes to health care consider this scenario, you wake up in the middle of the night and see your youngest child standing next to the bed, telling you they don’t feel good.  Turning on the light, you reach out and touch their forehead, and discover that they are burning with fever.  What can you do? Where can you turn for help?  If you live in a major urban area, you can easily take them to any one of numerous nearby emergency clinics or if necessary, have an ambulance at your door in a manner of minutes.   However, if you live in many parts of rural Texas, that choice is often not available to you. According to the USDA in 2019, Texas covers over 260,000 square miles, the population in 2019 was estimated to be over 29 million – and over 3 million of those lived in rural Texas. Even more concerning is that according to the United States Census Department, between 2010 and 2018, 94 of the State of Texas’ 254 counties lost population and 123 counties either had a zero growth or growth that was equal to the State’s average growth.   What is the reality of current health care in these rural counties?

According to data.HRSA.gov, as of January 2021 Texas had: 86 Critical Access Hospitals, 311 Rural Health Clinics, 197 Federally Qualified Health Center sites located outside of Urbanized Areas, and 107 short term hospitals located outside of Urbanized Areas.  The question is what exactly does that mean to the average person who lives in a rural area?

Currently 64 Texas counties do not have a hospital, 75% of Texas counties are designated by the Federal government as a Health Professional Shortage Area, or Medically Underserved. It averages 35 miles between critical access hospitals and 25 counties do not have primary care physicians.  These are the realities patients and providers face.  An additional issue is the aging of the practitioners in rural Texas.  “According to a 2015 report by AMN health care company Merritt Hawkins, 25.1% of physicians in Texas are 60 years of age or older, which means that a quarter of the state’s already limited number of providers is rapidly approaching retirement age.” Telemedicine might be able to fill in some of the gaps that currently exist in rural Texas’ health care system.  Telemedicine has the potential to play a significant role in offering solutions to the health care accessibility challenge rural communities’ face.

Next a closer look at how telemedicine can work.