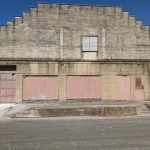 According to the 2020 census, the State of Texas showed an increase in population, unfortunately that increase was not spread evenly across the 254 counties that make up the state. While urban cities and counties generally saw an increase in population, 143 rural counties saw their population decrease since the 2010 census. While there are anecdotal stories of people feeling the urban centers during the height of the COVID pandemic, there is no evidence that this type of migration will have lasting effects. Rural community leaders must understand and be willing to face the realities of population loss and begin to take steps to revitalize their communities.

The consequences of continued loss can and often are catastrophic.  Entire towns turn into little more then rows of empty falling apart buildings. Residents lose their access to quality health care, young families have no top flight educational facilities to send their children. The reality is that communities need a strong diverse economic engine, can no longer depend on only type of business or one major employer, they simply cannot be one trick ponies. Once population drops and the economy falters, the community also loses it’s political power.

Once political influence is diminished, the community loses access to the legislature and with that loss goes the ability to maintain the infrastructure.  The ability to win grants or to influence where a new health care center, or hospital is great reduced.  Losing access to educational tools necessary to attract and retain the best and brightest teachers becomes a reality.  In areas of West Texas losing political power often also means losing their water to larger urban areas and having rangeland and ranching operations regulated by people who are unaware of the issues facing agriculture.

Communities must begins to ask themselves why do people leave?  What are the motivating factors that can make a person or young family want to live in the community.  For those who have left is there anything that can be done to entice them to return?  More importantly what do people want in a home town?  Taking the time to honestly answer those questions can be a big first step in mitigating rural to urban migration.  The problem won’t be solved by simply adding a new store, or fast food restaurant, the problem can be solved by creating a comprehensive holistic approach that helps to create a sustainable community structure.