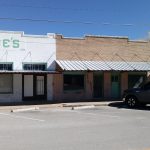 By Michael Wilson – As the 21st century continues to pass it is important that the rural communities of today do their best to take the necessary steps to insure the future survival of the community. If rural communities are to retain and attract the younger generation, young and middle aged families, and even retirees, they must be able to show they have the ability to offer a sustainable lifestyle. The community must be able to provide its citizens with some of, if not all of the amenities that exist in an urban environment. One of the best ways to insure survival is to begin to close the digital divide that exists between rural and urban communities and the best way to close that divide is to focus on installing broadband technology in rural areas. The reason the installation of broadband technology is the best first step in revitalizing a community is due to the impact the action will have on at least three primary areas of concern for modern community leaders, economic opportunities, health care services, and educational opportunities. All of which will serve to help insure the long-term viability of the community.

For generations the economy of rural America was primarily agriculture based. Over the past decades, the farming and ranching contributions to local economies has steadily decreased. According to the 2012 Census of Agriculture from the USDA, the number of farms raising cattle dropped from almost 800,000 in 2007 to 740,000 in 2012 . As a result, many communities have not only lost population, they have also lost economic power. Even though the agriculture base has declined, the implementation of broadband will prove to be a benefit to the remaining farms and ranches.  In order to effectively use the Internet, broadband is necessary. Installing broadband technology in these communities has the potential to replace that lost income and potentially increase the overall economic base. This is born out in a report from the USDA on the value of broadband for rural America in a study that compared the economies of counties that had adopted broadband early, they found, “Wage and salary income and nonfarm proprietor’s income were also higher in counties that had earlier broadband availability”. In addition to the overall economic reasons, another important reason for the implementation of broadband is the ability to provide up-to-date health care services for the community.

When it comes to health care, the most vulnerable of our populations are at either end of the age spectrum. Families with young children and retirees are often the ones most in need of health care and unfortunately when they live in rural areas, it is often difficult to receive quality care. Pediatricians can use Telemedicine for a variety of reasons that will benefit the community. Pediatric Specialist Bryan L. Burke Jr, MD writes in a report from the American Pediatric Association, “In urgent clinical situations, telemedicine consultations can enable pediatric subspecialists to extend the reach of their expertise to children receiving care in distant urban and rural medically underserved regions” . At the opposite end of the age spectrum are those retirees who wish to move from urban areas to a quieter place. The same reasons that telemedicine is appropriate for pediatrics and younger persons hold true for this population group, simply put, people need access to quality health care. Another main reason for providing access to broadband for health care services is the real economic benefits that can achieved. From the report Broadband Value For Rural American published by the Economic Research Service, “More accessible health information, products, and services confer real economic benefits on rural communities: reducing transportation time and expenses, treating emergencies more effectively, reducing time missed at work, increasing local lab and pharmacy work, and generating savings for health facilities from outsourcing specialized medical procedures. One study of 24 rural hospitals placed the annual cost of not having telemedicine at $370,000 per hospital”. With the economy and the health care sector both stabilizing, one argument for broadband implementation that has the potential for making a dramatic impact on the future is making certain the schools and students have access to broadband.

When considering the health of any community, it is important to view how the educational system is preparing students for the future, especially a future that is destined to be more and more technical. The government has implemented the S.T.E.M. program to increase the number of students and teachers involved Science, Technology, Engineering, and Mathematics. For students to have an equal chance for success in these programs they need access to high-speed broadband. According to the Federal Communications Commission “While an increasing number of schools have high-speed connections, approximately 41 percent of schools, representing 47 percent of the nation’s students, lack the connectivity to meet the Commission’s short-term goal of 100 Mbps per 1,000 students/staff” (4). When almost half of the nation’s students lack the requisite connectivity ability, the need is obviously there. When students and schools have access to the technology, the USDA reports they will take advantage of it, “The Internet has increased course offerings for students in primary, secondary, postsecondary, and continuing education programs, especially those attending small, isolated rural primary and secondary schools” . Another reason to pursue high-speed technology is that will give school districts the ability to recruit quality teachers. “Technology has long been seen as a way to overcome some of the drawbacks to rural settings, and districts are embracing these new opportunities at an accelerating” . With an improving and diverse economy, more current health-care services, and increased educational opportunities are considered, the leaders of the community can see a clearer path to maintain the area’s long-term viability.

A major argument against the implementation of broadband on a wide scale basis in rural communities is the cost involved. According to the report Broadband Internet’s Value for Rural America, “Areas with low population size, locations that have experienced persistent population loss and an aging population, or places where population is widely dispersed over demanding terrain generally have difficulty attracting broadband service providers. These characteristics can make the fixed cost of providing broadband access too high, or limit potential demand, thus depressing the profitability of providing service”. The cost can indeed be prohibitive; however, there are grants from the USDA such as; Rural Business Enterprise Grant Program, Rural Business Opportunity Grants, Rural Community Development Initiative, or the Rural Economic Development Loan and Grant. Microsoft is opening its IP patents and is actively working on connecting rural America to the Internet via broadband. Initially the company is running projects in 12 states and according to Jon Brodkin writing for Arstechnica.com, “The 12 states are Arizona, Georgia, Kansas, Maine, Michigan, New York, North Dakota, South Dakota, Texas, Virginia, Washington, and Wisconsin.” According to Brodkin,” Microsoft says the US can eliminate the rural broadband gap at a cost of $8 billion to $12 billion, “roughly 80 percent less than the cost of using fiber cables alone, and… over 50 percent cheaper than the cost of current fixed wireless technology like 4G.” While cost will always be a concern, technology companies are working on overcoming that particular barrier and if communities do not have to rely on new taxes, it will be easier to implement this idea.
A secondary argument often made is there’s nobody in the community qualified to manage a network of the proposed magnitude. In some rural communities, there is often a fear of the unknown and people resist change. One suggestion as how to overcome that resistance is to use “rural public library as the “anchor institution of the anchor institutions.”  The reasoning behind such a move is the built in community leadership role the libraries often play. “the National Broadband Plan recognizes that “Local leaders can play an important role by building on existing social programs and partnering with community organizations that non-adopters already rely on as trusted sources of information.” Such a pairing would make for easier connections with institutions of higher learning and people are often more comfortable being trained in a library setting than in a formal school setting.

Broadband implementation is not a panacea. It will not cure all the problems that rural communities are facing. It can be a very positive first step towards revitalizing America’s rural areas. It will be a positive by offering existing businesses the ability to compete in the global economy. Residents will not have to leave to find a livable wage. Parents and doctors will have remote access to specialists when needed. Schools and educators will be able to participate in the technological revolution that is taking place both in America and around the world. America has traditionally found a way to overcome obstacles to growth and prosperity, not having access to broadband technology in rural America is an obstacle that needs conquering. Beginning to build a quality broadband infrastructure in rural communities is akin to the planting of a seed, a seed that can grow into a powerful force that will give the community a chance for long-term viability.