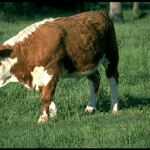 AUSTIN, Texas — The Texas & Southwestern Cattle Raisers Association was disappointed by today’s Texas Supreme Court decision in the case of Miles v. Texas Central. The ruling holds that Texas Central may use the power of eminent domain to acquire property for their proposed high-speed rail line from Dallas to Houston. Justices Lehrmann, Hecht, Boyd, Busby and Young delivered the court’s opinion. Justices Huddle, Devine and Blacklock dissented, and Justice Bland did not participate.

The majority opinion qualifies Texas Central as an interurban electric railway. This decision, unfortunately, clears the way for yet another private corporation to begin condemning personal property using eminent domain.

The dissenting opinion took a much stricter view of the eminent domain powers conferred upon private entities. It also noted that Texas’ interurban electric railway statute was intended for nineteenth-century trolly cars, not a multi-billion dollar infrastructure project that “traverses hundreds of miles and thousands of privately owned parcels between Houston and Dallas.”

“We are extremely disappointed in the majority opinion of the Texas Supreme Court in Miles v. Texas Central,” said TSCRA president Arthur Uhl. “While we have great respect for the court, we believe their interpretation of the statute, in this case, is flawed and endangers the private property rights of all Texans, not just those in the path of this one project.”

“Though the majority opinion pays lip service to the ‘extraordinary intrusion on private-property rights’ eminent domain entails, it does nothing to protect Texas landowners from that intrusion. On the contrary, the ruling expands the opportunity for private corporations to abuse the rights of Texans for profit,” concluded Uhl.

The Texas & Southwestern Cattle Raisers Association would like to express our utmost appreciation to Justices Huddle, Devine and Blacklock for the dissenting opinion and efforts to preserve our fundamental private property rights.