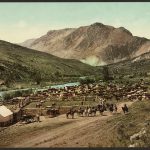 Though the decision did not uphold legal challenges to a pipeline’s ability to exercise eminent domain for a pipeline to a single customer, it remains a significant victory for Texas landowners.

Many landowners have privately negotiated pipeline easements on their property. Those easements are obtained without the threat of eminent domain, where negotiation between the parties establishes an accurate, fair market value. Previously, a pipeline company attempting to acquire an easement through condemnation could ignore the fair market value established by those privately negotiated easements.

The Texas Supreme Court ruling in Hlavinka v. HSC Pipeline removes that obstacle for Texas landowners. Starting today, Texas property owners have one more tool to fight for the compensation they deserve.

“I am extremely pleased with today’s Texas Supreme Court decision in favor of the Hlavinkas,” said Arthur Uhl, president of the Texas & Southwestern Cattle Raisers Association. “Some pipeline companies abuse the power of eminent domain to drive down their costs. Unfortunately, landowners remain at a significant disadvantage in eminent domain proceedings, but this decision is an important step towards leveling the playing field.”