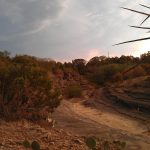 When Europeans first encountered Texas the world was a very different place than it is today, well maybe not too much different because countries were fighting over land, gold, religion, and power much like we sometimes see today. However, it was still different; there were no cars, planes, trains, busses, electricity, fast food joints, and certainly no TV, Radio, and Internet. Moreover, without modern technology, it took a whole lot more courage to go exploring than it does today.

In the late 1400s, say around 1488 Portugal was the first country whose sailors were first brave enough to sail out into the Atlantic Ocean and then explore the coast of Africa. Portuguese explorer Bartolomeu Dias was the first to sail around the Cape of Good Hope, which is the southern tip of Africa and made it to Asia. This was important because otherwise, to travel to Asia for trading purposes required an overland trip, a very lengthy trip. This success lead other mariners to wonder if there might be a shorter way to Asia that did not encroach on Portuguese routes. Even though people wondered about a shorter route, there were few nations with the capability to send ships out into the Atlantic to find an answer…..

The rest of the story is in the podcast, give it a listen